Levetiracetam versus Phenobarbitone in Neonatal Seizures – A Randomized Controlled Trial

Objective: To compare the efficacy and safety of intravenous Levetiracetam and Phenobarbitone in the treatment of neonatal seizures. Design: Open labelled, Randomized controlled trial. Setting: Level III Neonatal Intensive Care Unit (NICU). Participants: 100 neonates (0-28 days) with clinical seizures. Intervention: If seizures persisted even after correction of hypoglycemia and hypocalcemia, participants were randomized to receive either Levetiracetam (20 mg/kg) or Phenobarbitone (20 mg/kg) intravenously. The dose of same drug was repeated if seizures persisted (20 mg/kg of Levetiracetam or 10 mg/kg of Phenobarbitone) and changeover to other drug occurred if the seizures persisted even after second dose of same drug. Main outcome measures: Cessation of seizures with one or two doses of the first drug, and remaining seizure-free for the next 24 hours. Results: Seizures stoped in 43 (86%) and 31 (62%) neonates in Levetiracetam and Phenobarbitone group, respectively (RR 0.37; 95%CI 0.17, 0.80, P<0.01). 10 neonates had adverse reactions in the phenobarbitone group (hypotension in 5, bradycardia in 3 and requirement of mechanical ventilation in 2 neonates) while none had any adverse reaction in Levetiracatam group. Conclusion: Levetiracetam achieves better control than Phenobarbitone for neonatal seizures when used as first-line antiepileptic drug, and is not associated with adverse drug reactions.

While phenobarbital (PHB) has historically been used as first-line treatment for neonatal seizures, histological studies in animals have suggested that PHB (as well as phenytoin, valproic acid, vigabatrin, diazepam and midazolam) triggers widespread neuronal apoptosis in the developing brain at plasma drug levels comparable to those used for seizure control in human [1]. Levetiracetam (LEV), which has been gaining popularity for neonatal seizures, does not appear to be proapoptotic,[2,3] and actually protected against apoptosis in the hippocampus and cerebral cortex in a rat model of hypoxic-ischemic encephalopathy [4]. Functionally, patch clamp studies have demonstrated that PHB, but not LEV, alters physiological maturation of synapses in the developing brain [5]. In humans, a retrospective cohort study demonstrated worse neurodevelopmental outcomes at 2 years of age following treatment of neonatal seizures with phenobarbital as compared to levetiracetam.6 Despite these concerning findings, phenobarbital has remained the drug of choice for neonatal seizures by the vast majority of respondents in two recent surveys [7,8] as well as in a recent prospective cohort study conducted at seven U.S. tertiary care pediatric centers [9].

While several studies have reported efficacy of levetiracetam in neonatal seizures [10,11] and a retrospective study demonstrated a shorter time to seizure-freedom with LEV as compared to PHB in neonates with seizures secondary to hypoxic-ischemic encephalopathy (HIE) [12], what has been notably absent is a head-to-head randomized prospective trial comparing the effectiveness of PHB vs LEV in the neonatal seizure population.

In August of this year such a study was finally published [13]. The group, from the Indira Gandhi Institute of Child Health in Bangalore, randomized 100 outborn neonates with clinical seiz [ures secondary to various causes (primarily HIE or neonatal sepsis/meningitis) to receive either LEV 20 mg/kg or PHB 20 mg/kg intravenously at a rate of 1 mg/kg/min. If seizures resolved, patients were continued on maintenance doses of the same medication (LEV 20 mg/kg/day divided BID or PB 5 mg/kg/day divided BID). If seizures continued after the initial bolus, a second dose of the same drug (20 mg/kg LEV or 10 mg/kg PHB) was administered. If seizures persisted despite the second bolus, subjects were crossed over to treatment with the alternate medication. The primary outcome measure was cessation of seizures lasting at least 24 hours with the first or second bolus of medication. Adverse events were also recorded.

The study found that LEV was significantly more likely to result in seizure cessation at one (60%) or two (26%, total 86%) doses as compared to phenobarbital (50% first dose, 12% second dose, total 62%, p < 0.001). Furthermore, of the subjects who continued seizing despite a second dose of PHB, 84% responded to single dose of LEV (20 mg/kg). These findings paralleled those of a recent systematic review comparing pooled data from published studies on the efficacy of LEV (from retrospective and prospective studies and case series) or PHB (from randomized control trials) in neonatal seizures [14] These authors reported complete or near-complete seizure cessation with primary LEV in 37 of 48 neonates (77%) vs 24 of 52 neonates (46%) with primary PHB. As secondary treatment, LEV was found to be effective in 34 of 54 neonates (63%).

Primary limitations of the study include that it was open-label, and lacked EEG confirmation of seizures/seizure resolution. Diagnosis of seizures without EEG confirmation may be inaccurate [15], and approximately 20% of neonates with resolution of clinical seizures following treatment may have continued subclinical seizures .EEG is not available in all settings however. Overall this was a much-needed study and supports the use of LEV as a first line agent for clinical seizures in neonates. In combination with the known neurotoxic effects of PHB on the developing brain and its adverse effect on neurodevelopmental outcomes, this study should make us critically analyze continued use of phenobarbital as first line treatment in neonatal seizures in areas where LEV is available as an alternative. 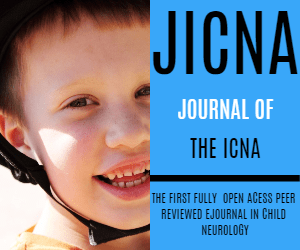