Born in Vienna on the 6th of July 1927, Heinz F. R. Prechtl studied medicine, zoology, and anthropology at the University of Vienna. In 1951, he followed his mentor, the founder of ethology and later Nobel Prize laureate Konrad Lorenz to the Max Planck Institute for Behavioural Physiology in Buldern, Germany. Within five years his observational focus had moved from birds, lizards, salamanders, and cats to human infants. In 1955 he published a series of films on the sucking, grasping, posture and locomotion of human newborns and infants.

His groundbreaking ideas and scientific vision led him to Groningen, where he became Professor of experimental neurology at the age of 35. Under his aegis, developmental neurology was born four years later (1968) with ontogenetic adaptation as one of its basic principles: the functional repertoire of the developing neural structure must meet the requirements of the organism and its environment. It was essential to Heinz Prechtl that immaturity (deriving from an irrelevant reference to later developmental stages) does not exist if the various developmental stages are studied in their own right. Consequently, already in 1968, he postulated that age-related vulnerability causes age-specific lesions and requires both age-adequate diagnostic procedures and interventions.

Already in his Award Lecture of the Mental Health Research Fund in London (1967) Prechtl introduced another milestone of his scientific oeuvre, the optimality concept. In a study on 1.500 newborns, he elaborated on this concept by defining optimal conditions for both each perinatal variable and the neurological findings instead of using the normal/abnormal dichotomy (1980).

Observing low-risk preterm infants, Heinz Prechtl started wondering about the prenatal origin of the many spontaneous movement patterns. In the early 1980s the ultrasound equipment in obstetrics had improved substantially enough to allow a detailed observation of the fetus. His descriptions of fetal behaviour were an eye-opener and revealed that fetal behaviour is patterned right from the beginning (8 weeks postmenstrual age). Although very different in nature, abrupt startles and complex general movements (GMs) are among the first movements and emerge at the same time; they are followed by isolated limb movements a mere week later. 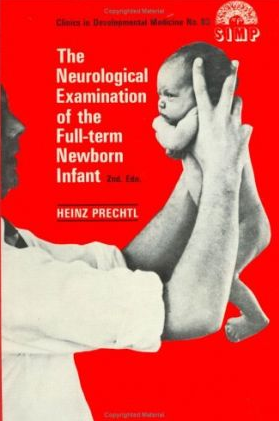 Already at 12 weeks, the fetus has a rich repertoire of spontaneous endogenously generated movements: startles, GMs, hiccup, isolated arm and leg movements, side-to-side movements of the head, ante- and retroflexion of the head, breathing movements, opening and closing of the fingers, jaw movements, stretching and yawning. In one of the Clinics in Developmental Medicine, Prechtl described the continuity of this complex behavioural repertoire from prenatal to postnatal life, followed by a significant behavioural transformation at 3 months of age (1984).

Prechtl's observation that high-risk infants move differently compared to typically developing infants marked a new approach to assessing the young nervous system: the assessment of general movements, or GMs (1990). During the last 25 years it has been extensively proven that the patterns of GMs are sensitive indicators of certain neurological impairments, and are hence regarded as a window into the developing brain.

Heinz Prechtl received numerous honours and awards for his scientific achievements, including the Folke Bernadotte Award, the Heinrich Hoffmann Award, the Kenneth Craik Award, the Maternity Award of the European Society of Perinatal Medicine, the Cornelia de Lange Prize, and the Prize of the Dutch Science Foundation. He was a Mac Arthur and Ronnie Mac Keith lecturer, received honorary degrees in medicine from the Universities of Graz and Genoa, and became Honorary Fellow of the Royal Academy of Obstetrics and Gynaecology. In 1990, he was knighted by the Queen of the Netherlands.

Heinz Prechtl was a polymath with a deep interest in music (from Monteverdi to Mahler), paintings (particularly the Flemish masters of the 15th and 16th centuries and Piero della Francesca, but also the "Twittering Machine" by Paul Klee) and books. He never read just one book at a time; the copies he left behind on his desk were Safranski's biography of Goethe, a crime story, two books about proverbs and their origin, and one about French Baroque masters.

Heinz Prechtl's influence on so many people was truly impressive. There was nothing pretentious about him. All of us who knew him well will sometimes – mostly when we struggle to explain our thoughts – hear him say: "What exactly do you mean?" or "Why do you think so?" Words like these will carry on his legacy in the studies of early human development. 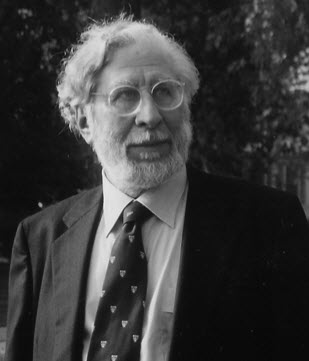 On July 3rd 2014, just  three days before his 87th birthday Heinz Prechtl passed away peacefully but what he left us and developmental neuroscience, he will be forever.